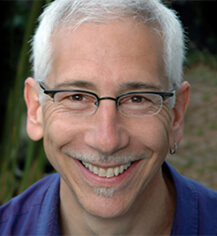 MICHAEL SLADE | Co-Creator/Writer The late playwright, librettist, award-winning children’s author, and multiple Emmy-award winning television writer received two 2019 Daytime Emmys for his work as co-Executive Producer and co-Creator and Writer for After Forever Season 1. And a third Emmy in 2020 for Writing After Forever Season 2. His plays, which have been produced in NYC, Los Angeles, on National Tours, and by numerous regional theaters, as well as theaters in Europe, Asia, South America and Australia have featured such actors as Colleen Dewhurst, Kate Burton, Billy Crudup, Andrew Rannells, Daphne Rubin-Vega and Corbin Bleu. In addition to After Forever, his TV credits include Another World (WGA Award nomination), One Life to Live (Emmy nomination), Days of Our Lives, and Passions. 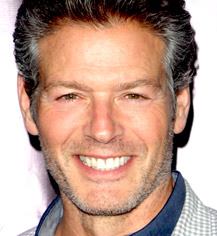 KEVIN SPIRTAS | Co-Creator/Writer In 2008 the 30-year acting veteran, produced the NY Shakespeare Festival reading-presentation of Don Cummings’: A Good Smoke, starring Academy Award winning actress, Meryl Streep, and directed by Tony Award winning director, Pam McKinnon. Shortly thereafter in 2009, Spirtas made his debut as a Broadway producer on the critically acclaimed revival of Finian’s Rainbow, and in 2012 he co-produced the hit Broadway musical: Priscilla…Queen of the Desert. In 2014, after running into Days Of Our Lives alum, Michael Slade in a New York gym, the two set out to create the critically acclaimed, 6 x Emmy Award Winning Digital Drama Series: After Forever, In 2019 After Forever – Season 1 made history by becoming the most Emmy-awarded LGBTQ-themed drama series on any platform and Spirtas received an Emmy for Outstanding Lead Actor in a Digital Drama, along with 3 additional Emmys that he shares with Slade for Outstanding Digital Drama Series 2019 and Outstanding Writing Team for a Digital Drama 2019 and 2020. 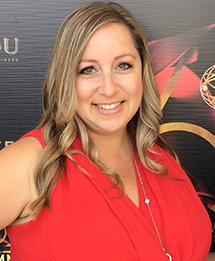 ALLISON VANORE | Producer is the Emmy Award-winning producer of the six time winning series After Forever starring Kevin Spirtas and Mitchell Anderson on Amazon Prime and Emmy-winning series Dark/Web. Allison’s extraordinary knowledge of technology, as well as her closeness to the After Forever story and characters, made her the perfect choice to wear the hat of director, as well as produce, After Forever: Riley’s Unforgettable School Project. Between 2015-2019, Allison served as the Head of Production for Canvas Media Studios where she produced shows including Emmy-nominated Vanity starring Denise Richards and Karrueche Tran, Wear it to Win It for Facebook, and Limelight for Yarn. Allison’s recent award-winning films include Buck Run, The Rainbow Experiment, 42 Seconds of Happiness, and Love In The Time Of Monsters. Allison serves on the executive board of non-profit Women in Media, an organization that seeks gender parity above and below the line in the entertainment industry. Allison is published in the book Thriving in Hollywood by Ms. In The Biz. 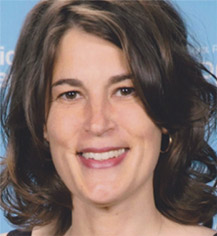 JENNIFER PEPPERMAN | Season 1 Director Emmy Award-winning Executive Producer and Director, most notably as Executive Producer/Showrunner for Prospect Park’s groundbreaking re-launch of One Life to Live. The critically acclaimed revival produced 40 episodes, winning seven Daytime Emmys. A highlight on this project was directing the Music Video Brand New Start by IZA, featuring Snoop Dogg. Pepperman was previously a Director for One Life to Live when it aired on ABC-TV and was nominated for an Emmy Award. Prior to this, Pepperman was a Director for CBS-TV’s As the World Turns for 10 years, and won a Daytime Emmy Award for Outstanding Directing of a Drama Series. Pepperman recently wrote, produced and directed the short film, Jack & Diane, which has been selected by various film festivals throughout the country 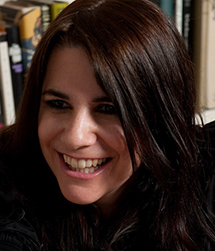 TINA CESA WARD | Season 2 Director Tina Cesa Ward started her career writing and directing short films and also directing for the stage. Her short film, In Their Absence screened around the world and was named one of the best short films of the decade by Festival de cortos MíraLes in 2011. In 2008, Tina jumped online and was the Co-Executive Producer/Co-Writer/Director of the hit independent scripted drama, Anyone But Me. Anyone But Me has reached over 70 million views worldwide and has brought home nearly ever industry award, highlighted by Tina (along with Susan Miller) winning the first ever Writers Guild of America Award for Original New Media. Tina has been nominated several times for her directing as well, and won the International Academy of Web TV Award for Best Directing in a Drama. Additionally, Tina wrote and directed the award winning series Producing Juliet, Good People in Love and directed the branded series Bestsellers. Tina is also a published comic book writer with her current series in release, Delegates. 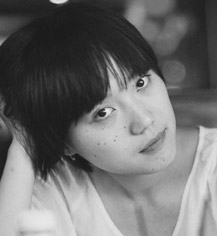 COLLEEN KWOK | Director of Photography Colleen Kwok is a New York based filmmaker, hailing from Hong Kong and Mainland China. Colleen was selected as a fellow at the 2019 Kyoto Filmmakers Lab and 2015 Reykjavik Talent Lab. Her directorial works include Rectangibles, an off-beat tale about the obsolescent of Kodachrome film, premiered at Edinburgh International Film Festival and established her style of storytelling; The Stars The Sun The Moon, shot in Hong Kong on 35mm, was one of the projects supported by the Hong Kong Fresh Wave International Film Grant; and That is Circling All Round the Sun, a landscape driven short filmed at the Spiral Jetty in Utah. Besides writing/directing, she works between New York and Asia actively as a still photographer and cinematographer. Some of her recent credits includes After Forever, nominated for Best Cinematography from the International Academy of Web Television & Series, and Ballet After Dark, premiered at 2019 Tribeca Film Festival. She received her BFA from the University of Wisconsin-Milwaukee, where she concentrated on experimental filmmaking, and her MFA in writing/directing from NYU-Tisch’s graduate film program 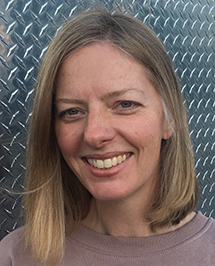 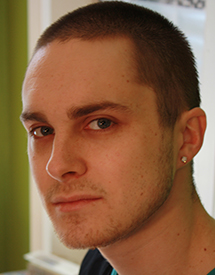 SCOTT MICHAEL SALAME | Production Designer Scott Michael Salame is a New York based visual artist and Indie Series and International Academy of Web Television Award nominated production designer. He holds a Bachelor of Arts in Theatre from Salem State University, where he studied acting, scenic design, and painting. While on set performing in ‘Pride: The Series,’ Scott spontaneously filled the role of set-dresser, solidifying his position as Production Designer for the award-nominated show, and subsequently leading to his design and artistic work on Emmy Award winning series ‘After Forever.’ Other works include short films ‘Exeunt’ and ‘Wonder,’ and upcoming comedy series ‘Cady Did.’ See more on instagram @Scott.Michael.Salame. 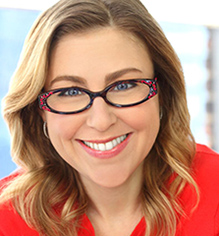 JEN RUDIN | Additional Casting is an award-winning casting director and author of Confessions of a Casting Director: Help Actors Land any Role with Secrets from Inside the Audition Room. Her company, Jen Rudin Casting, casts projects in New York and Los Angeles. For more info, visit www.jenrudin.com and @RudinJen. 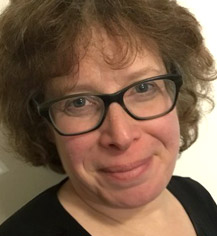 TRACY CASPER LANG | Editor Tracy Casper Lang can be found editing all kinds of content, from news, consumer, and health packages, to book trailers, to drama and comedy series. After working in production and post-production on soaps and sitcoms for over twenty years, she now happily bounces among editing and associate directing projects and writes a sometimes daily blog called Notwashedupyet.blogspot.com about work, life, and parenting. She lives in New York City with her husband and three kids, all of whom tolerate her crazy, ever-changing schedule and indulge her need for eggplant, sushi, and marshmallows. 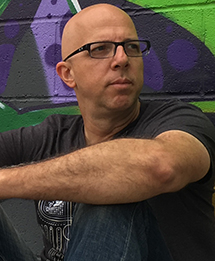 ROB GOKEE | Music Los Angeleno Rob Gokee is an author & award-winning composer for television and film. Over the last 11 years, he’s written music for over 100 films and shows, including the 5 time Emmy winning show After Forever, Top Chef, Wicked Tuna, Braxton Family Values, The New Adventures of Peter & Wendy, and acclaimed feature films Daddy, Ditch Party, & Love in the Time of Monsters. Rob won back-to-back IAWTV awards for Best Score in 2012 and 2013, for the shows “Night of the Zombie King” and “Cost Of Capital,” which also won Best Score at the 2013 Indie Soap Awards. Recently Rob won multiple ADDY Awards for his music in commercials for Redwire Security, the Florida Housing Association, and creating sonic branding for Redwire. 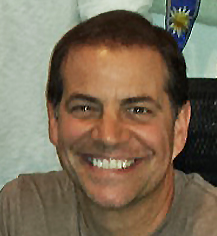 CRAIG DESILVA | Theme Song is an accomplished American songwriter and composer. He earned an Emmy nomination for the NBC series Operation Junk Yard and has television composer credits for Faking It USA, Ripley’s Believe It Or Not, and many others. Craig’s TV accomplishments also include writing the main title for Lifetime’s Beyond Chance hosted by Melissa Etheridge. On the big screen, his songwriting contributions include several of Disney’s classic feature sequels, including Jungle Book 2, Planes 2, Bambi 2 and Mulan 2. 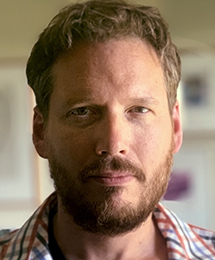 ROBB PADGETT | Sound Design/Mix, Color (Season 2 Editor) Having produced, directed, written, acted, scored, mixed, color graded, and made lots of coffee, Robb has become somewhat of a production handyman. He has worked on many productions from viral YouTube videos to feature films to television pilots. He lives in Los Angeles with his amazing wife Tanya and his incorrigibly adorable daughter Parker. 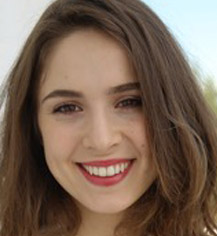 NANCY DEGNAN | Season 1 Associate Producer Nancy Degnan began her career in Los Angeles working simultaneously as an actor, an executive assistant for an independent production company, and on television shows such as RAY DONOVAN and WESTWORLD. Degnan is an active member of Women In Film and is a participant in their 2019 Peer Mentoring Program. She co-founded Intuition Film Productions with Julio Lopez Velasquez and Director Nick Frangione as a vehicle for their collective ambition to tell character-driven stories that are at once sophisticated, culturally diverse and entertaining. In 2017 Nancy produced BUCK RUN starring James Le Gros (CERTAIN WOMEN, POINT BREAK), Kevin J. O’Connor (THERE WILL BE BLOOD, WIDOWS), Amy Hargreaves (13 REASONS WHY) and Nolan Lyons (BOARDWALK EMPIRE), and recently produced her second feature film, SILENT NOTES in 2019, starring deaf actor Daniel Durant (SPRING AWAKENING). 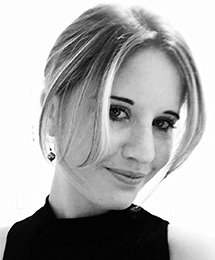 JULIE DEFFET | Season 2 Associate Producer Julie was born in a French-speaking town in southern Belgium. After graduating from ULB (Université Libre de Bruxelles) with a Master degree in Journalism, she moved to New York to study filmmaking at The New School for public engagement. Her personal work was screened at Anthology Film Archive, The Filmmaker’s Coop NYC, The International Film Festival Manhattan and the Bowery Film Festival among other places. She has shot promotional videos for Belcham (the Belgian-American Chamber of Commerce), Futuro Media Group, the Box Collective and The New School for Social Research. She recently was an associate producer for the movie The Drummer starring Danny Glover and the Daytime Emmy Awards winning show After Forever as well as an editor for Vice Media. She currently lives in New York City and is writing a Feature Film Screenplay. 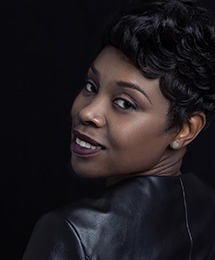 ANGELA-LYNN WARE | Hair & Make-Up Angela is a member of the Local 798 makeup artist and hair stylist union. She is an Emmy nominated hairstylist and make up artist. To date, her work can be seen on Full Frontal with Samantha Bee where she is the hair department head of field pieces, Random Acts of Flyness ( Emmy-nominated), God Friended Me, See You Yesterday, TBS, HBO, Bravo, Amazon, MTV, BET, celebrities, Ad campaigns, commercials, and a host of other familiar places. In addition to juggling all of these things, Angela currently operates a mentoring program for budding talent in the industry. Angela’s knowledge of the beauty industry coupled with her artistic abilities and genuine personality, make her a sought after artist. 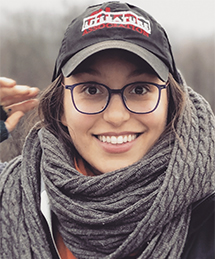 STEPHANIE SERRA | Season 1 Script Supervisor Stephanie Serra is a freelance filmmaker who has been working as a script supervisor in the industry since 2016. Serra’s slate ranges from period feature films to episodic and commercial work. She has traveled to 27 different countries for the sake of indie cinema and continuity. Serra is a graduate from Sarah Lawrence College ’14 and is currently a producer for their study abroad, undergraduate filmmaking program – Cinema Sarah Lawrence. She is the founder of TRISERRATOPS Productions, an independent film company delivering cinema for and about a young and global audience. Stephanie is the President of TIFI Inc., a seasonal film intensive program designed for makers ages 8-14. Matching the world, a frame at a time, Stephanie is committed to continuity and aims to inspire the next generation of domestic and international creators. She is thrilled to reunite with the cast and crew of AFTER FOREVER in her home city, New York.